Every day in the world increases the number of people who wish invest and earn on investment projects. But many of them are not familiar with the slang of this business. Therefore, we wrote a full glossary.

Abuza (Abuse) - a complaint about a violation by someone of the terms of use of the service. Regarding HYIPs, you will come across the term “bulletproof hosting or domain name registrar”. This means that neither the hosting nor the project domain will not block after complaints about his “no honesty” or so on.

Admin, Admin, Adminco (Admin) - creator and leader of HYIP. The admin can be one person, and maybe several.

Apat - raise the topic of the forum upwards, thereby supporting the attention of users to it.

Upline Sponsor (Upline) - the person who invited you to the project.

Babsbornik - the project, which usually has signs of slag, was created with the aim of “quickly cutting the dough”.

Bathroom - temporary or permanent blocking of the forum member for breaking the rules (the phrase “send to the bath” means the same thing).

Vangovat - to predict the further development of the project, its lifetime.

GDP (Everything Is Paid) - ma'am, the expression comrade Mavrodi.

Vindrav, vizdro, vizdroval (Withdraw) - withdrawal of funds from the project by the participant to his account in the payment system.

Vloshenets - A person who has invested his money in a project (projects), thinking not with his head but under the influence of the “crowd”.

Govnohyp - and what translates here? In my opinion, everything is clear.

Greenbar (Greenbar) - green bar in the address bar of the browser with the name of the company. Usually means that the project has passed a deeper test (verification). But in fact, this does not mean that this project is a company with a real activity (since even offices registered in offshores can easily get a green bar).

DDoS, DDoSer, DDoSit (DDoS - Denial of Sweep) - One of the types of attacks of intruders. The hacker sends millions of requests per second to the site, naturally all the resources of the site go to processing these requests and the project becomes inaccessible to the average user.

Take off - invested in the project.

Diversification - a reasonable investor's distribution of money among different projects. The purpose of diversification is to minimize risks.

Donor - a temporary project, the purpose of which is to quickly collect money that allows the admin to keep afloat the main project.

Trust management - The term is often found in the legends of HYIP. Indicates that the invested funds are used by the company, which is described in the project legend, for making profit in any type of business.

Triangle Triangle - send a complaint to the moderators of the forum, to a particular user.

Zakidon - This is when, at the start of the project, investors pour in large amounts into it and the project administration is not able to pay interest on these investments. The logical consequence of the "quirk" - SCAM.

Inside - this is information of a closed type, which is owned only by the admin and people close to him. When communicating personally with project administrators, you can get an insider on the topic of project opening, the terms of its life, development, and so on. Inside can be real and false. Both have different goals. Be careful.

Keeper (Keeper) - a program that allows you to manage your account in the payment system without logging into your system account through a browser.

Compounding, compounding (Compound) - This is a kind of reinvestment. When you send the profit back to the project, but do not withdraw to your account.

Circle - The minimum term of the deposit provided by the project.

Legend - A description of the activities of the huip. Few HYIPs will say that they are paying profits from the funds of new investors. As a rule, the following types of employment are used for legends: Forex trading, Binary Options, Sports betting, Investments in real estate, currency, cars, etc.

Listing - promotion of HYIPs on the Internet (placement on monitors, advertising sites).

Wood stove - a person who, with a different type of trick, “breeds suckers” so that the latter would invest in a project. In this case, the fucker will promise everything, just what would the sucker go on. Frequently lohohovody are in a conversation with the admins, for which they receive certain bonuses from the funds raised.

Manual, handbrake (Manual) - manual withdrawal of funds from the project. This means that at the request of the participant, the admin manually transfers the funds to the account of the participant’s payment system. The translation may take a long time, since the human factor is present (the admin can sleep, be busy, not have access to the Internet, etc.).

MLM game - type of HYIP-project. Usually there are no legends in these HYIPs. If there is a legend, then it almost openly states that money is distributed among the participants according to a certain principle. Mainly for the promotion of the project is used SPAM, Peiding and Lokhovody.

MLM herd - A crowd of Buratin and Vlosentsev collected and driven into the project by active referrals.

Moderator, Moder - an important person in the forum. Can do everything in the forum. The main goal is to monitor the forum for the implementation of the rules by the participants.

Monitor, Monitoring - sites that monitor projects (for the emergence of new, for their solvency, problems). The main drawback of monitors is their sales. The admin of the project can pay money to the admin in order for the monitor to place the necessary information for the project (for what often happens). I think it is not necessary to say that this info is not always “with good intentions”? But among the monitors there are exceptions.

Monks - The owners of the site monitors.

Multiacc, cartoon - two or more accounts of one participant in the project in order to obtain a certain financial benefit. Some projects do not allow multiacc rules.

Low percentage - a project that brings less than 16% profit per month.

partisan - "sleeping" HYIPs. Can "sleep" and the month and year. The project, in which the admin does not yet invest the strength and resources in promotion, at the same time after a certain time can declare that the HYIP lives for a long time and still lives no less.

Peyding, paging posting (Paid posting) - this is when the HYIP admins pay money to forum members and they in turn post messages on their behalf (which are needed by the HYIP administrator).

Peydposter - The person who writes posts on the forum for a cash reward.

Pending - the period when your payment is in standby mode. Hanging payout.

Ponzi - a scheme in which payments to project participants are at the expense of funds invested by new participants. It works until the outflow of funds does not become more inflows. The scheme is named after its creator, Charles Ponzi, the man who invented this kind of project.

Hourly - a project in which the accrual of profits is every hour.

Prestart - project activities before the “official” announcement of its launch.

Profit - profit from the project.

Rega - registration in the project or on the forum.

Regulations - processing time of payments by the administrator of the huip. The rules are usually specified in the terms of participation in the project or FAQ. Often, when violations of the rules begin, users' confidence in the project disappears, investment decreases and the project prepares for closure.

Reinvest (Reinvest) - re-investment in the project profits derived from it.

Refand (Refund) - This is when, after the closure of the project, the contribution or part of it is returned.

restart - the moment when the project ceases to pay, zeroes its obligations to investors and restarts again. The reason for restarting is usually one of two things: 1. Lack of funds for payments 2. Throw off debt obligations from the project and thus raise even more money from gullible "investors". As practice shows, live projects “After” restart are much less than “Before”.

Referral (Referral) - a person invited to the project by ref-link.

Refovod - a person who actively attracts new participants to the project. Unlike a lehovod, referrals are often isolated from project administrators, according to their own principles and are interested in the highest quality cooperation with their referrals. This is not a HYIP - there are exceptions.

SCAM - the moment when the project was “blown away” (stopped paying, the connection with the administration was lost, the site was closed, and so on). SCAM is what any HYIP is waiting for sooner or later.

Scammer - admin of the project, which usually quickly quits their projects. Often, even the very first investors remain in the red.

Script - a software product that allows the admin in a semi-automatic mode to conduct a project activity (receiving deposits, charging interest and bonuses, payments, etc.).

Screen (Screenshot) - screen shot (or part of the screen) of the monitor. It is done using special programs (I use the lightshot - very convenient).

mullion - HYIP projects that promise profits in the amount of 16 to 60% per month.

Stata - statistics of payments (replenishment) of the participant in the HYIP project.

Insurance - in the HYIP, insurance is used as compensation to the participant, if he did not manage to leave the project before it was closed and lost his investments. Insurance can be complete or partial. Insurance in huipah does not mean at all that you are guaranteed to get your deposit back ("this is HYIP, baby").

Topikstarter, TS (Topic starter) - the one who opened a new topic on the forum.

Stoke the project - targeted actions on forums, chat rooms with the aim of zagnobit project and bring it to close (SCAM). Usually there is a group of people, often paid for by competitors of a project that is “heated”.

Breakeven point - The moment when the received arrived from the HYIP is equal to the sum of your contribution. All that is higher is already a profit (profit).

Troll, troll - provocateur, a person who intends to publish provocative posts and messages, the purpose of which is to cause conflict between the participants.

Fast (Fast, fast-hyip) - a project that promises profits of more than 60% per month.

Hit-and-Run, Hit-and-Runner, Hit-and-Run - tactics of participation in the HYIP, which implies a single one-time investment on the minimum plan (for the shortest period), without re-contribution after making a profit.

Shkolota - this is the name given to schoolchildren or inexperienced administrators who are trying to create a “mega-hyip” on a free hosting service, with a third-level domain name, a stolen, grunted script, etc., etc.… Such projects are usually called Slag.

Slag - shitty sites with poor design, on a free hosting, with irresponsible interest rates (for example 100-1000% per day) and so on ... Naturally, the guarantee to lose your investment in such huips is 100%. 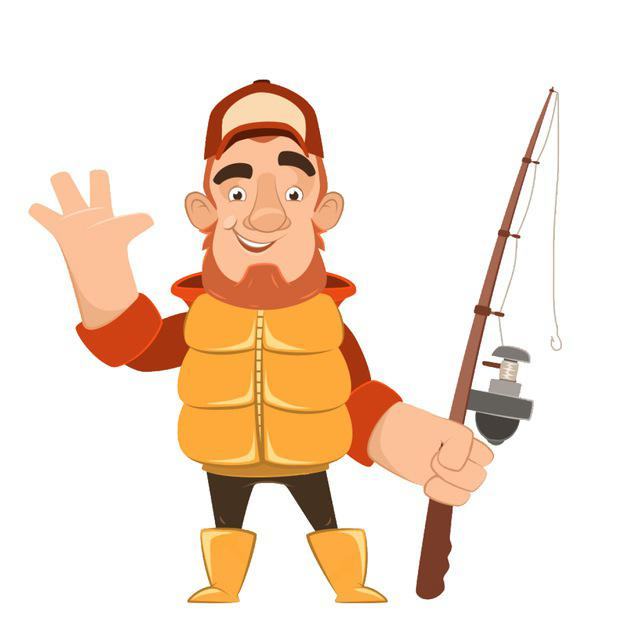 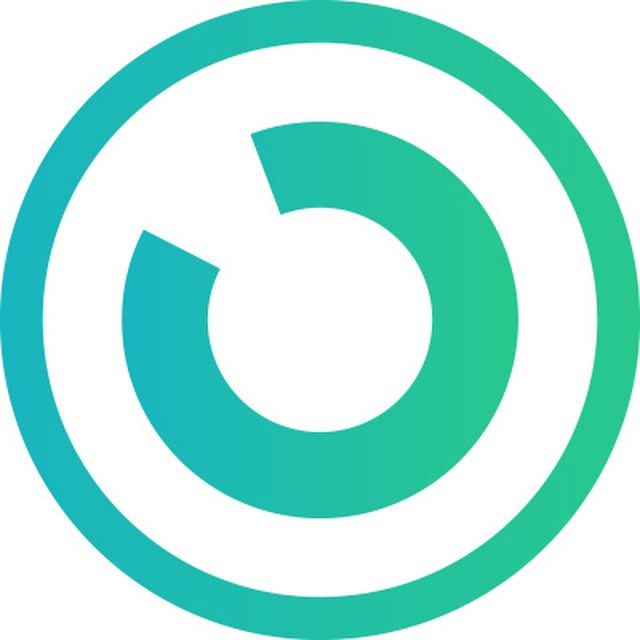 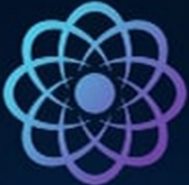