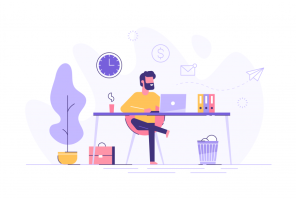 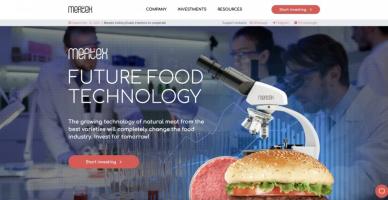 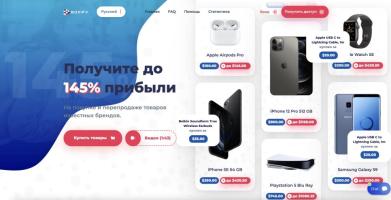 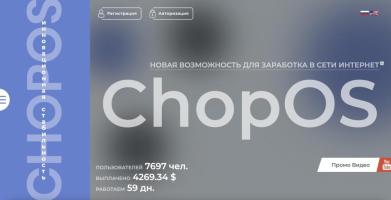 At one time, Bitcoin became a real know-how, and it was he who started the global revolution in the world of finance, which is still underway in our time. But the world does not stand still, as well as the field of cryptocurrency and blockchain technologies, so today the priority is for more advanced projects. One of such Ethereum - a platform that is the main competitor for the all-loved cue ball and promises to make millions of people unemployed.

Although Ethereum and put almost on par with Bitcoin, but it arose much later - in the 2015 year. As expected, the idea of ​​creating a new coin appeared under the inspiration of the main cryptocurrency. But Ethereum is by no means a copy-paste with a cue ball - by its technological features, the cryptocurrency has gone much further and can force not only Bitcoin, but also the rest of the coins to smoke aside.

A little history of the creation of the ether

The creator of the famous coin today called Ethereum was at that time an unknown person from Canada with Russian roots Vitalik Buterin. The person of this developer deserves special attention, in the same article we will only say that the guy from childhood gave out amazing things and already at the age of ten he programmed in C ++. That is why it is not surprising that the young and talented guy was interested in Bitcoin.

But Buterin was not at all a fan of the main cryptocurrency, as he saw all the flaws of Bitcoin and its limitations. Acne understood that blockchain technologies offer great opportunities for the new financial system. As for Bitcoin, in terms of adaptability, it is limited. That is why Buterin’s head had the idea to create not just a payment system, but a whole financial platform that would change the world.

Bitcoin became the basis for creating Ethereum, but the latter is by no means its fork. In the 2015, the new platform had no analogues, it was a truly decentralized virtual machine operating on the basis of smart contracts. Ethereum was immediately called the second-generation cryptocurrency, which was not only a means of payment. Ethereum is a whole ecosystem for developing decentralized applications, on the basis of which a huge number of working projects are created.

In short, the essence of the system can be described with fairly simple examples. In modern life, we are faced with the constant use of intermediaries in certain operations. Remittances for us are carried out by the bank, any legal matters are regulated by lawyers, and all because there can be no trust between the interacting parties. We cannot be sure that in any given situation the opposite side will fulfill its obligations. But it seems that the era of intermediaries is coming to an end and Ethereum will start it.

Smart contracts work in such a way that any action is performed only under a predetermined condition. That is, if one of the parties fails to pay, then the other will not have funds on the wallet / the goods will not be sent / she will not receive any rights or opportunities. This system is fully protected from hacking with cryptographic symbols and everything is securely recorded in the blockchain. According to Buterin himself, very soon his system will put an end to intermediaries and many professions will no longer be needed by the world.

How is coin mined or Ethereum mining

Like many cryptocurrencies, the monetary units in the system are not taken from the air and are not minted by themselves, but are born by mining. This means that for the extraction of coins, it is necessary to use equipment that will generate new blocks in the Ethereum blockchain, thereby confirming transactions, and the miner himself for this work will receive a reward in the form of coins.

If at the early stages of the occurrence of Ethereum mining was profitable, then recently the earnings from it confidently fall for several reasons:

That is why mining becomes the prerogative of industrialists with large farms, while single miners often do not pay for their equipment costs. Therefore, it may be more profitable to get less famous coins that have not yet become interested in one and all.

Ethereum Course: how the price of ETH has changed

Today, the ether cryptocurrency ranks second in terms of capitalization - the total cost of all coins of the system reaches 22.8 $ billion. At one time, when the ICO of the project was carried out, ETH coins were sold at a price slightly higher than 0.3 $, and at the most peak time the price of a coin reached 1390 $ apiece! It is safe to say that the participants of the primary placement of Coins earned very well.
At the moment, the broadcast, as well as the entire kryptranok, is in a deep drawdown, so you can buy a coin at a very affordable price 224 $ for 1 ETH.

Ethereum is a unique project that was unparalleled in 2015. It is safe to say that Vitaly Buterin opened a new page for the world of cryptocurrency. Today it cannot be said that the coin and the entire platform have no competitors - the number of such projects is growing like mushrooms after rain. If they succeed in overtaking Ethereum, time will tell, but today it is a multi-billion-dollar coin that takes pride of place in the cryptocurrency TOP.

In January, the 2018 broadcast has already shown us its peak value, so it is likely that after the correction, the ETH will give a good increase. However, we will not deny that there are skeptical versions. For example, myself Ethereum creator Vitalik Buterin claims that the HYIP around digital coins has passed, now all will be interested only in technologies that cryptocurrencies have brought, and none of them will give hundreds or thousands of percent anymore ... Buterin’s belief or giving preference to crypto-optimists is everyone’s business, but it’s difficult to find a person who believes in digital money and doesn’t hold in its portfolio ETH.

Our chat in Telegram News at Telegram We are on hyiplogs.com Our channel YouTube We are on the forum MMGP

Register
Please enter your details to create your account on our website.
Login:
Email:
Password:
By clicking the "Register" button, you unconditionally agree with site rules.
Register